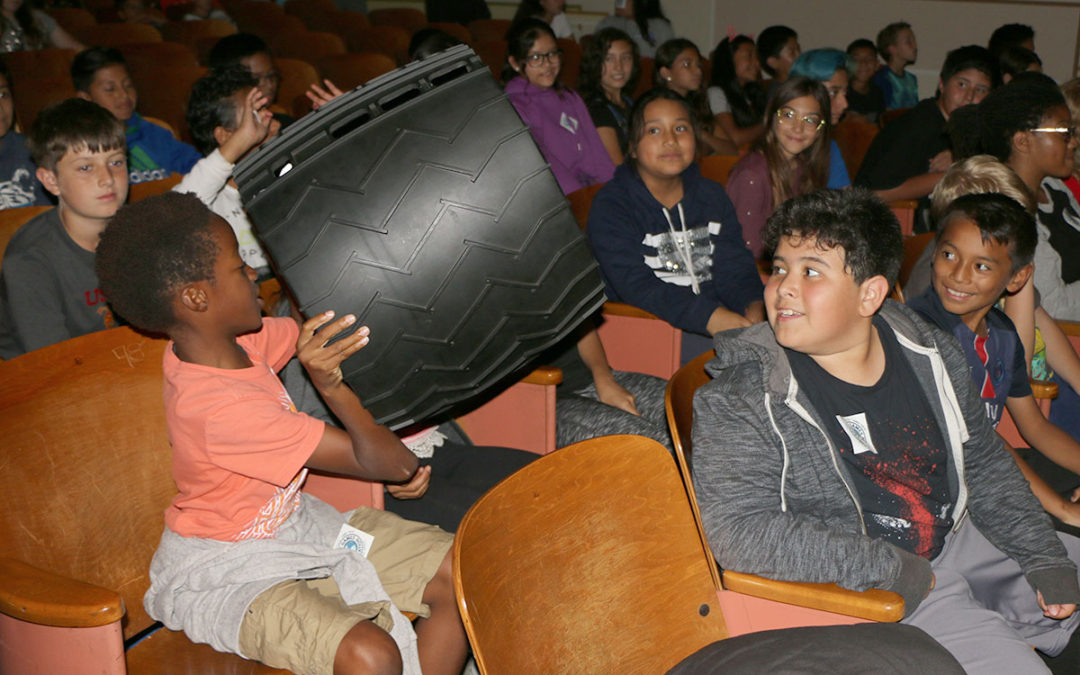 Above: Students examine a wheel designed for “Rover” devices built for exploration on Mars.

When STEM programs morphed into STEAM, most schools added “arts” to the focus on science, technology, engineering and math.

But, at Palms Middle School, students have joined the #EqualSpace challenge, using their knowledge of science, technology, engineering, athletics and math to develop sporting activities that could be played in space.

“The future is now…we are in the Space Age,” said Linda Rheinstein, founder of Space Games Federation (SGF), a non-profit aimed at marrying science and athletics. “As humans spend more time in space, they can’t be expected to work all the time. They need to play too. And, these students will be among the first to help provide them with a way to do just that.” Eighth-grader Elizabeth Huber greets Nicky the #SpaceCat, a medical alert cat who serves as the mascot for Space Games Federation.

The federation recently partnered with NASA’s Jet Propulsion Laboratory (JPL)  to present an assembly at Palms, where experts in astronomy, athletics and entertainment spoke about matter, gravity and other scientific concepts. Students were encouraged to submit original ideas about sports that could be played in space for a chance to win cash prizes.

“When we play soccer on Earth and the ball goes up into the air, it always comes back down, so how high it goes doesn’t really affect the game,” she said. “But, what if that changed because we were playing in space? We would need to worry about what happens if players allow the ball to go too high. Would that be considered out of bounds?”

These are the kinds of questions the school’s guests were hoping to prompt students to consider.

“This is about changing perspectives and helping to expand understanding of how science really works,” said JPL education specialist Brandon Rodriguez. “When we help students see that science is more than a lot of old guys in lab coats mixing chemicals in beakers – that it is actually applicable in exciting areas like sports and space – they start to get it. They see all new ways to make scientific concepts real, meaningful and exciting.”

Rodriguez said he hoped that students would leave the event realizing how dynamic science can be.

“Educators work hard to get students excited about what they’re learning in the classroom,” he said. “This helps bring the content out of the pages of the textbook and into an area where they understand more about its utility, in the world immediately around them and beyond.”

Neurobiologist Van Koo, who emceed the assembly, said the day’s significance goes beyond science and sports.

“Space is the great equalizer,” said Koo, a former professional figure skater. “No matter who you are – black, white, young, old, male, female – once you get into space, we are all the same.”

Sporting workout gear and a baseball cap with green hair braided into pigtails, Koo does not look like a stereotypical scientist, which is something she hopes resonates with students.

“We want them to leave here knowing that scientists come in all shapes and sizes,” she said. “Even better…that they don’t have to choose between being smart and being cool. Science is cool.” “We are showing connections among areas kids might not have thought go together,” she said. “If they like science and sports, they don’t have to choose. They can find creative ways to bring the two together, creating something nobody has seen before.”

“The future is now,” she said. “We hope that astro-athletics will be an Olympic event as soon as 2028. These students who are here today can be a part of making that happen. They can even aspire to become ‘astro-letes.’”

As part of the effort to link students and space, Palms received its own “ISS Above,” a device that tracks the International Space Station and notifies observers when it is flying overhead.

“The space station actually passes above this school five to eight times every single day,” said ISS Above inventor Liam Kennedy. “The device helps students understand that space – and the astronauts who dwell there – are actually a lot closer than they may think.”

Accepting the device on the schools behalf was principal Derek Moriuchi.

“Palms Middle School is excited to expand our students’ exposure to industry leaders in the sciences through new and unique partnerships,” he said. “We are building on a proud program that engages students in coding, robotics and other ares. It’s a great way for them to learn and explore what’s happening in their world and beyond.”

The efforts of the school and its partners have already made an impact on at least one student.

“It’s one thing to read about space in textbooks,” Huber said. “It’s a whole other thing to see what’s happening in space right here and now.” 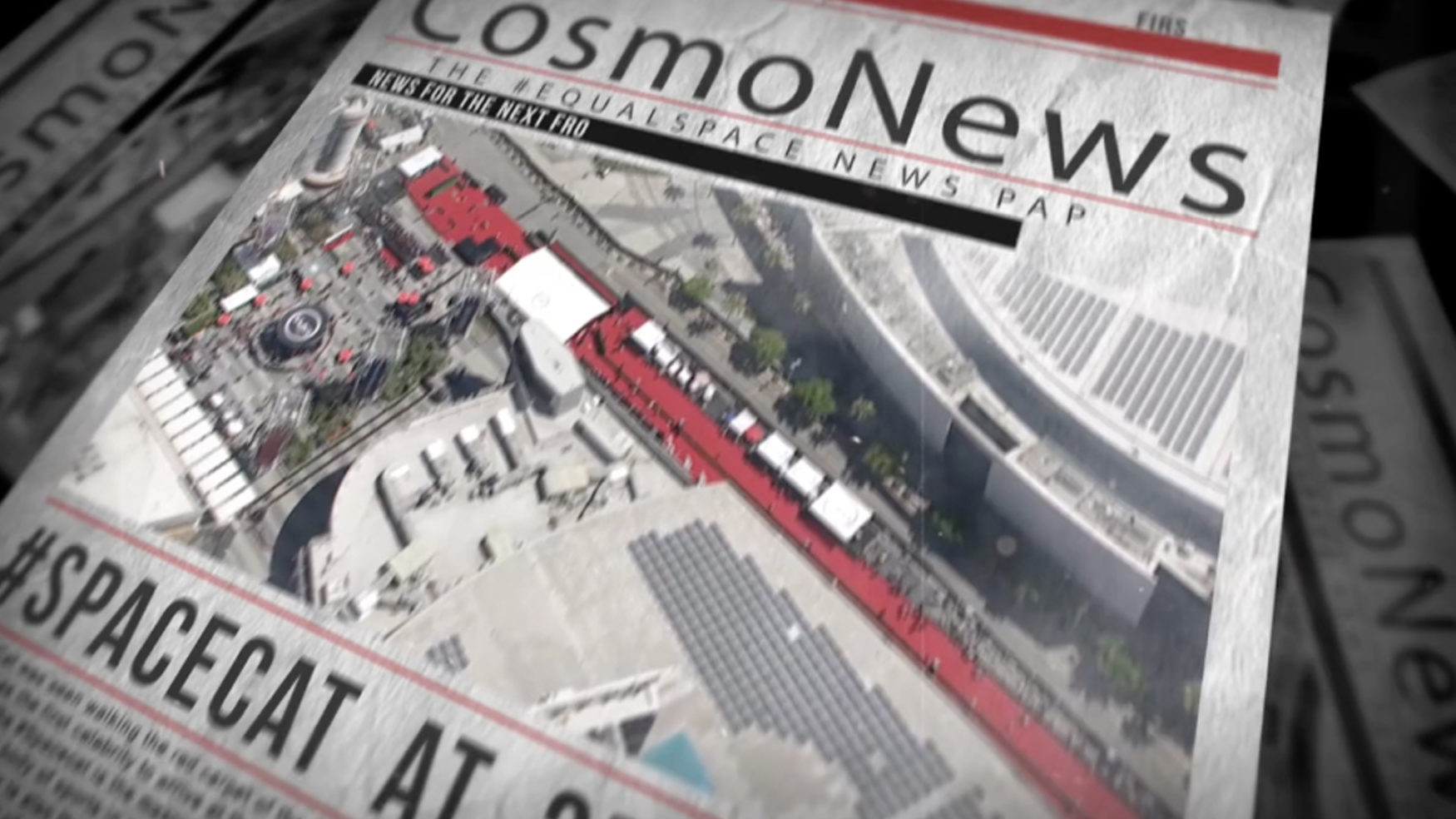