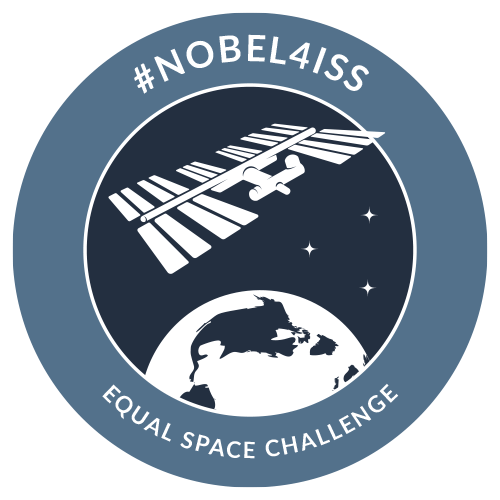 The Challenge where YOU compete to create a public service announcement for a grassroots campaign to foster public support to see The Nobel Peace Prize finally awarded to the International Space Station (ISS).
Participation is global, open to students, young professionals, enthusiasts, and all those interested in careers in media and entertainment. Entrants may work alone or in teams.

Registered participants will have access to previously recorded sound and video material, including on-camera interviews with astronauts and celebrities, not to mention incredible public domain footage from the ISS. However, YOU are encouraged to be creative with New Content.

The ISS: A Beacon for Equal, Peaceful Space

Peace is attained through producing and nurturing ideas for the advancement of all humanity on Earth. The International Space Station (ISS) is a symbol of international peace in daily action, with five space agencies representing 15 nations performing experiments on behalf of over 107 countries. For over 20 years and at 220 miles above the Earth, people of different cultures, traditions, and languages have been living and working together peacefully.

From the multilateral structure of management at ground level to the multi-national commanding ranks of astronauts aboard, decisions for and on the ISS are made by consensus. Nations that endured two World Wars and a Cold War have now been working together to first establish, and now expand, a permanent outpost in space.

Post-Cold War scientists and engineers were given an alternative to building weapons through this peaceful outlet instead, to which they could apply their talents and skills. Retired military personnel have related countless stories of how they were possibly flying watch or reconnaissance missions against those sitting across the table from them. Trust and understanding were nurtured between nations who otherwise knew little of each other.

The ISS has even fostered the development of a seedling economy in low Earth orbit, creating even more opportunities for scientists, engineers, artists, and entrepreneurs an outlet to direct their time and talents to the betterment of humanity. 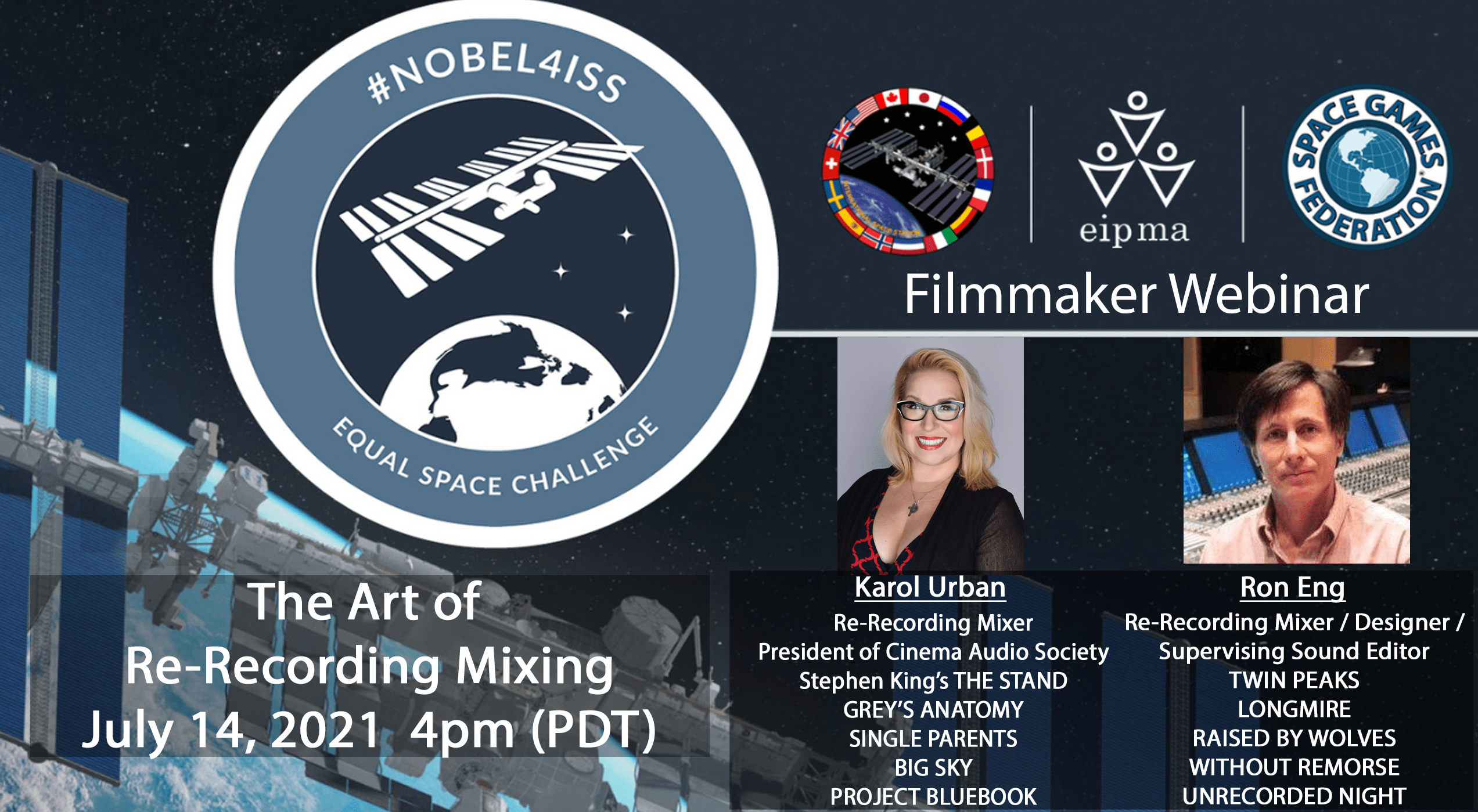 As Part of the SGF/EIPMA #Nobel4ISS Equal Space Challenge, Registered Participants are invited to attend virtual Panels with Experts and Mentors. Register for the webinar series to tune into upcoming panels like:

Miss your favorite webinar? You can watch recorded panels HERE.

One of the biggest lessons of the ISS is the value of exploration: there are often unexpected benefits from the journey itself as well as from the attainment of the objective. The ISS has played a key role in advancing multiple scientific disciplines, including pharmaceutical research for cancer treatment and prevention, commercial and non-governmental applications, Earth sciences, and remote sensing for terrestrial resource management.

Walls and borders do not engender peaceful coexistence; rather, peace occurs through openness and sharing. Despite years of evidence and examples of working, exploring, and living in peace, the ISS has not yet received the well-earned global acknowledgement of its successes. This is a model that can exist on Earth, for Earth.

Now, just about anyone who lives on our planet can look up on a clear night and see the International Space Station transit the starry sky. It outshines all other satellites in the heavens and stands singularly as a powerful testament to international progress and peace, to a level field of Equal Space™.

The ISS has pioneered new and innovative approaches to fostering international cooperation. Perhaps most importantly, the effort involved in sustaining the program while integrating various national interests and investments has transformed what was at times a fragile and precarious coalition at its start into a strong and united international partnership committed to common peaceful goals.

What Can The ISS Do For You?

1. We advocated for nomination to the Voting Members on Change.org from December to February.

3. A shortlist will be prepared from March – April. (Cross your fingers!)

4. The Advisors will review the shortlist from April – August.

5. The Noble Peace Prize Winner is selected by Majority Vote and announced in October.

6. The Nobel Peace Prize Ceremony is held in December. (Exciting!)

If you feel so inclined, you can let the Nobel Committee know you think the ISS should be on the shortlist for the Peace Prize!

We invite you to reach out to one of the above Nobel Committee members today, and let them know that you believe that the International Space Station deserves the Nobel Peace Prize! #NOBEL4ISS 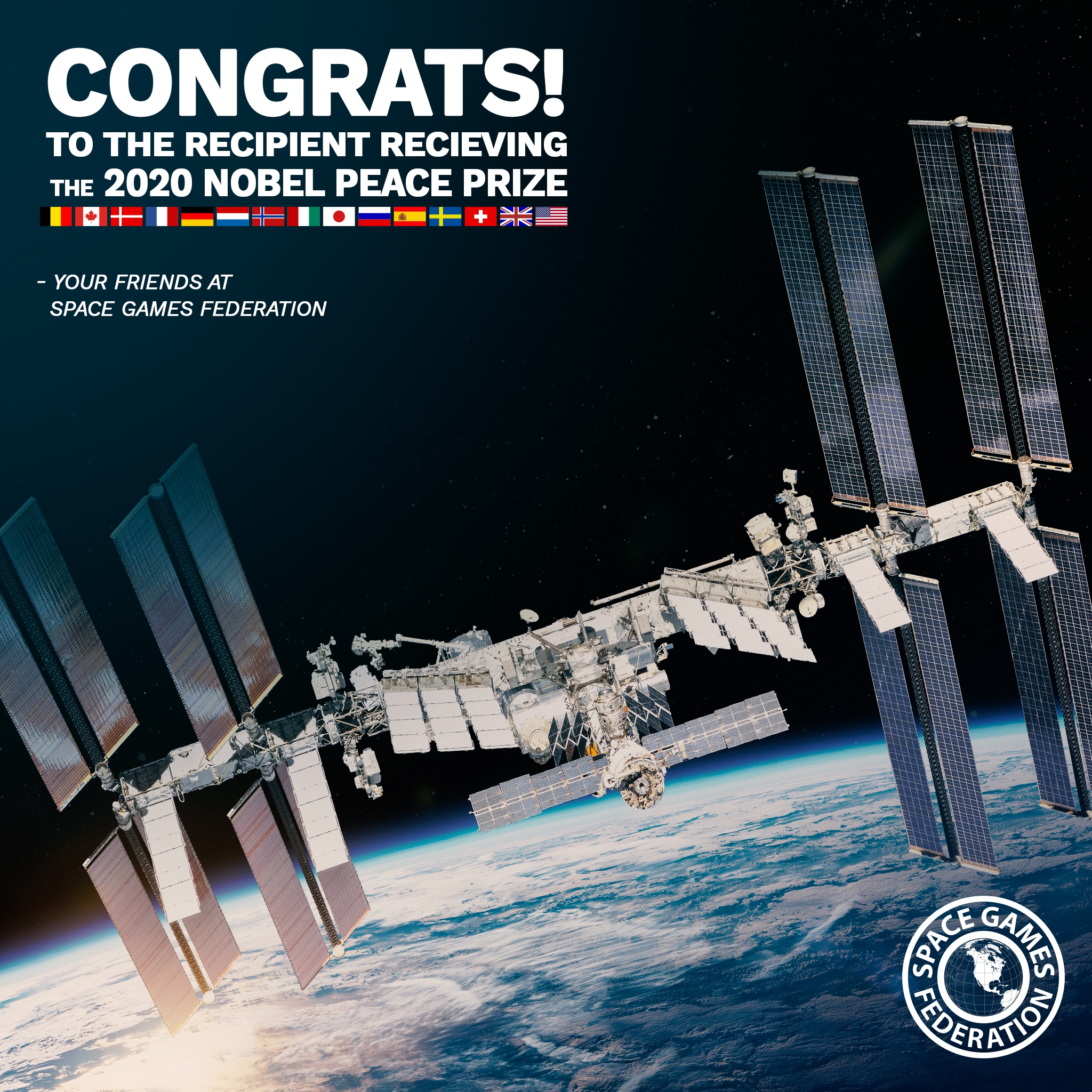 We congratulate the 2020 recipient of the Nobel Peace Prize, World Food Programme (WFP) and all the admirable and worthy Nobel Prize awardees. Our team is grateful to have launched the #Nobel4ISS campaign this year, and we look forward to continuing our efforts to get the International Space Station the recognition it deserves. As the ISS continues to serve as a symbol of hope during this unprecedented time, we are continuously in awe of its display of international peace and cooperation every day. Although this was not the year for the ISS, we can still celebrate all that the ISS stands for. In a year like this, the ISS continues to symbolize hope and the optimistic future of humanity. Once again, a huge congratulations to the deserving World Food Programme (WFP). Next year, the International Space Station!

Astronauts, Scientists, Athletes, and Artists Come Together to Celebrate the International Space Station and Support its Candidacy for a Nobel Peace Prize

With the help of astronauts and space lovers from around the globe, SGF has produced the #Nobel4ISS PSA video in support of the International Space Station’s candidacy for the Nobel Peace Prize.

Please share the video and join the conversation using #Nobel4ISS, and tell us why you believe the ISS deserves the Nobel Peace Prize!

Even More Benefits For Humanity