MORE CHALLENGING THAN ANYTHING ON EARTH™

Space Games Federation is the first sanctioning and governing body for sports in space, that is Equal Space – where the absence of gravity levels the playing field for all. 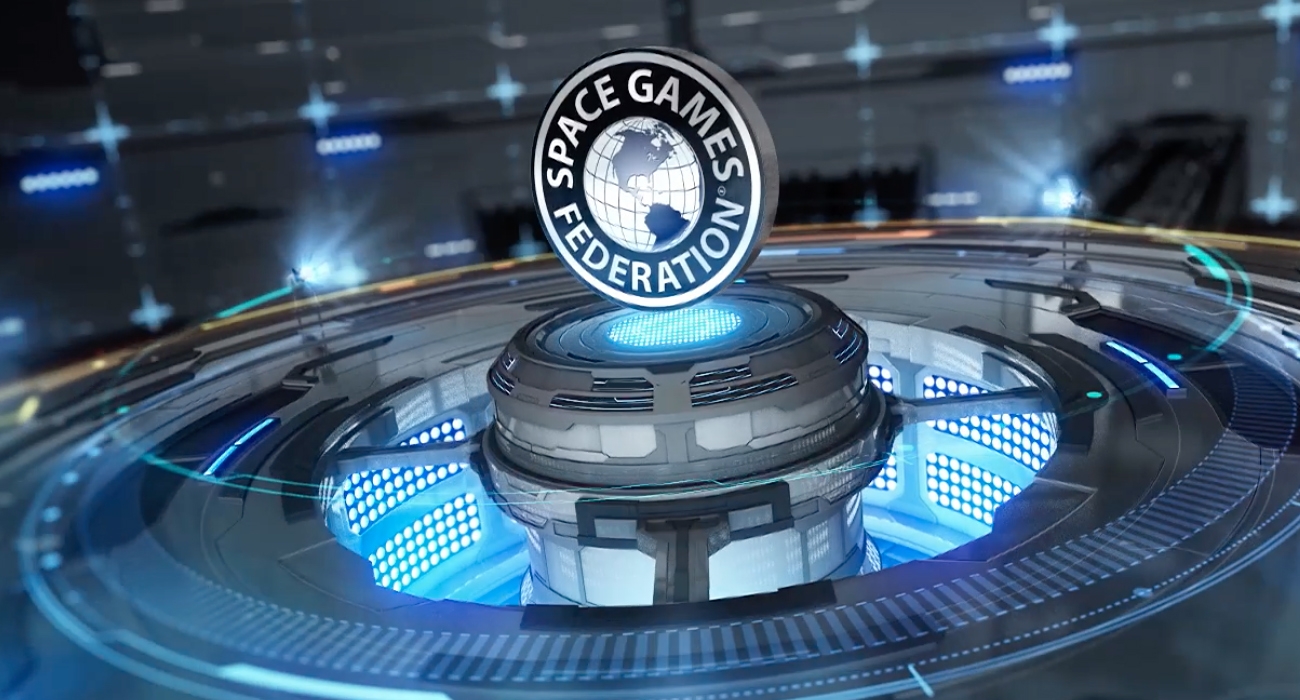 SGF is comprised of influential leaders and thinkers from the worlds of space, sports, and entertainment.

We’re making history by taking sports to space–but not without your help!

Parabolic flights, the ISS, the Moon, Mars, and beyond! The possibilities are endless.

WINNERS OF THE EQUAL SPACE CHALLENGE

How does a zero-gravity plane work?

From a stabilized level-flight attitude at 20,000 feet, the aircraft increases attitude. During this phase, the weight is 1.8 times greater than normal weight for 24 seconds.

The crew then performs a maneuver called “injection”: the aircraft trajectory is piloted to follow a kind of parabola and the power thrust is reduced. The vertical load factor goes from 1.8g to zero gravity for about 22 seconds.

The first pilot adjusts the control stick tilt to maintain the vertical load factor at zero, while the second pilot maintains the roll angle at zero, and the mechanic adjusts the thrust of the engines to cancel the longitudinal load factor.

An exit phase at 1.8 g, symmetrical with the entry phase, is then performed on the descending part of the parabola to return the aircraft to a stabilized altitude level within about 20 seconds.

Parabolic flights are a gateway to weightlessness. They are dedicated to scientific experiments and to space equipment technological testing.

As explained by NASA. 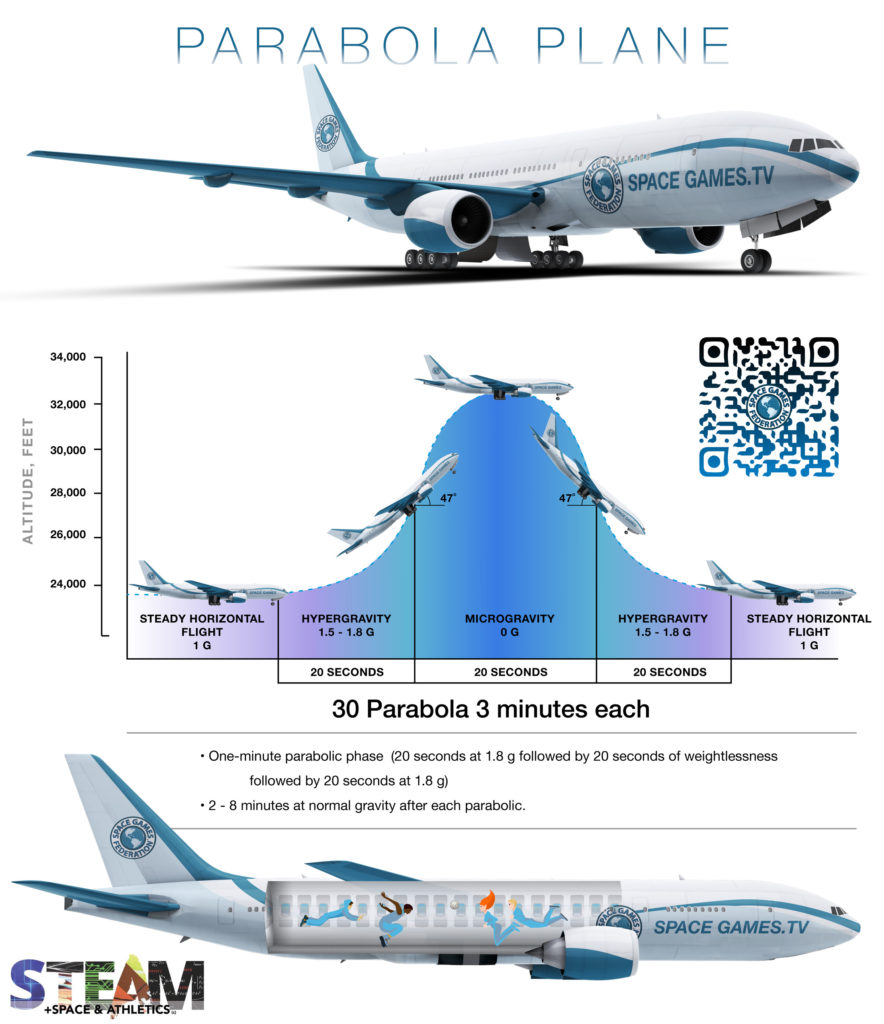 Today’s sports need Science, Technology, Engineering and Math, nearly as much as jobs in science. Space Games Federation’s STEAM+ Program adds Sports, Space and Athletics to the current STEM curriculum taught across the country, preparing the next generation for not only terrestrial jobs, but also new careers in all aspects of Space. And with STEAM+ making learning more engaging and fun, Smart really is the new Cool.

Space Games Federation® also sees the birth of new professions, jobs and careers like the ASTROLETE®. A combination of “astronaut” and “athlete,” an Astrolete® is a person with the spirit of an athlete and the skills of an astronaut who uses both to compete in various games and sports in zero or microgravity. Everyone who is an astronaut is considered an Astrolete®, as is anyone who completes a training program created and sanctioned by SGF. Check it out for yourself. 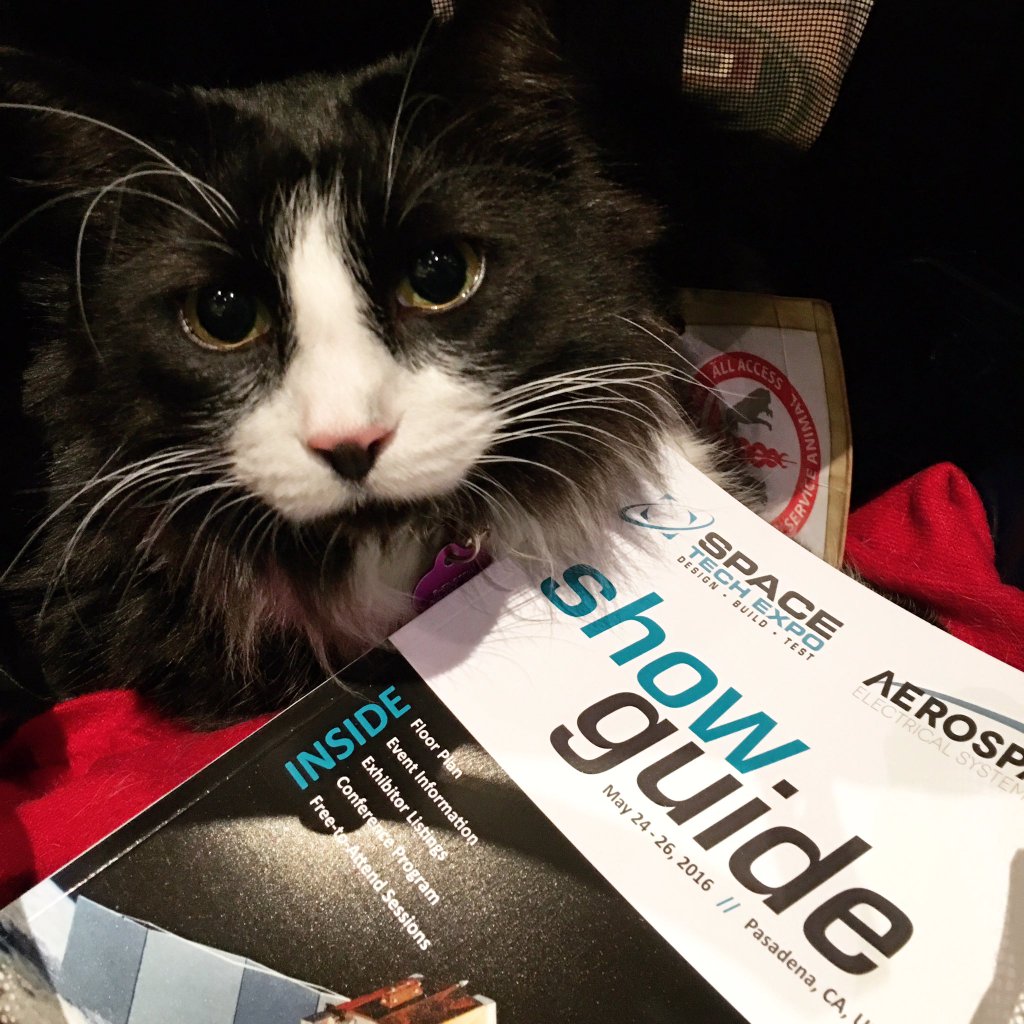