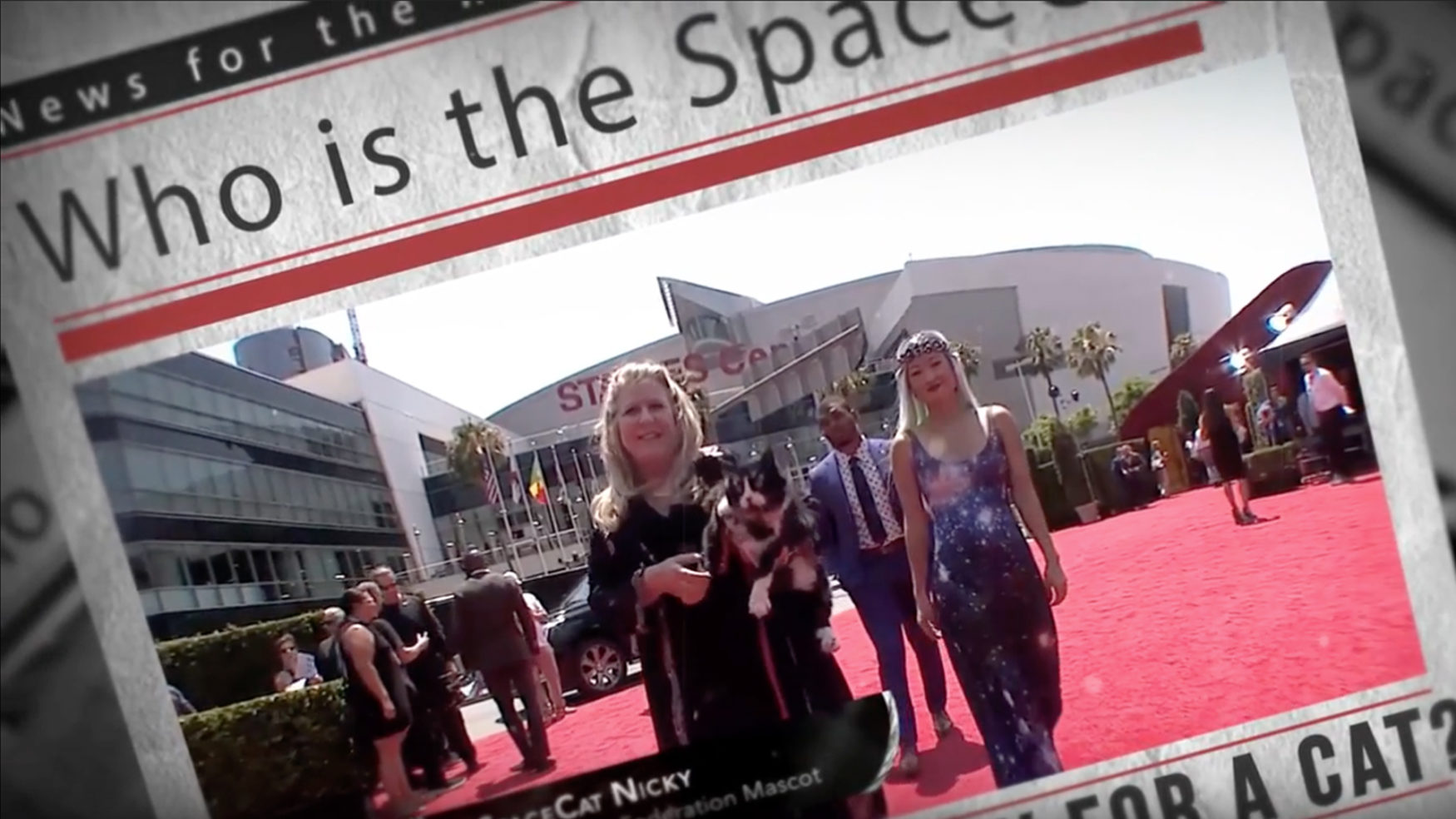 Last year, Nature threw everything She had at us — hurricanes, fires, floods, and blizzards — and though our gravity base got shaken, we were also stirred to look on the positive side.

Thanks to you, the #EqualSpace Challenge submissions are capital “A” Amazing! And given the reality of gravity and multiple requests for extensions (thanks to those beyond-anyone’s-control atmospheric delays), we’re keeping submissions open until January 31st, 2018. We’ll also be rolling out an adjusted timeline, so be on the lookout. Remember — the games begin with YOU — so suit up and shoot us your best before the month runs out!

Enter the #EqualSpace Challenge
And while our future team members remained in their extended huddle, 2017 brought SGF its share of highlights and headlines:

From CES, where we met up with our friends at Stofiel Aerospace, to the National Science Teachers Association, where #SpaceCat’s BFF Andy Weir shared his thoughts on sports in space.

From a stopover at Yuri’s Night at the California Science Center on our way to NAB for NASA’s showstopper 4K video of Water Ping Pong in space…little did we know our whirlwind was only winding up to E3 for some amazing convos with gamers getting their creative juices flowing before jetting off to the Humans to Mars Summit in DC, where #SpaceCat stalked the halls of the Senate, and wowed the crowds spreading the word on #EqualSpace.

TIME Magazine:
A Woman Casually Walked a Cat on a Leash in the Senate Building
After owning the red carpet at the ESPYs with the reveal of our first SpaceCasters, Vanessa “Van” Koo and Brock Vereen, who will be training and documenting their adventures on becoming Astroletes, SGF was back in DC for the annual International Space Station R&D Conference and discussions on a timeline for taking the field aboard the ISS.

Shortly after, Koo and Vereen had their first day in a jet-powered wind tunnel, hurling them up to 20 feet high. A breathless Brock weighed in, “I thought I knew all the muscles I had as a pro football player — but not after that experience!”

And the #EqualSpace train kept rolling with our first STEAM+ Beta Test Event with NASA JPL and the LAUSD at the Charter Palms Middle School, and it exceeded everyone’s expectations. Our own Van Koo put it best to the young, enraptured audience of #EqualSpace Challenge fans and future astroletes: “You don’t have to choose between being smart and being cool. Science is cool.”

Capping off a stellar year, SGF Founder Linda Rheinstein was inducted into The Sports Broadcasting Hall of Fame, celebrating her accomplishments in the field, and highlighting her current endeavors to take sports to space. It was a wake-up call and a reminder for the industry that with the absence of gravity, for the first time sports can not only be co-ed, but also include the disabled.

Sports Broadcasting Hall of Fame Intro Linda Rheinstein
Stay engaged with us as we follow-up with our 10-year plan, and remember: When the world challenges us, we rise. But when we challenge ourselves, we soar.

See you in Space!